So with last week’s DevCon event in Berlin over and the second event in San Jose about to kick off, I wanted to share a few of my highlights so far, in addition to what Jeff already posted. 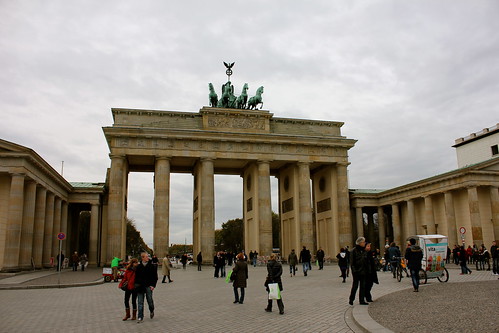 Last week kicked off with a full-day hackathon building on top of Alfresco, facilitated by Nathan McMinn, which I would recommend to anyone who has worked with Alfresco before and is interested in expanding  their horizons. This was about people coming together to work collectively on building something in a day, and the format worked fantastically well. I believe Nathan will be posting soon on what was produced in the session.
As always John and John kicked off the main sessions with the high-level view of Alfresco, seamlessly mixing open source content management with tales from the wider IT industry and a satirical take on current global politics. If you’re interested in any of those things, it’s a must see.
I didn’t get to see as many technical sessions as I have done in previous years, but the quality of those I did see really stood out. In particular:

Overall what stood out this year for me was the diversity of sessions available, not only in terms of topics but in their formats as well. There were less of the traditional-style PowerPoint-only type of sessions and more richer interactive sessions.
I experimented with a local Git repo in my own Developing Great Dashlets talk, switching between eight different branches of my example project to show progressively adding more features to an at-first-basic dashlet. It was great to see others experimenting in even more ways and adding more diversity to the two days.
If you’re attending the event in San Jose you’re I’ll be presenting the same dashlets “Zero to Hero” talk on Day 1 and Day 2, plus a topic on pimping the Document Details screen with your own document viewers and a lightning talk on the fantastic Leaflet. Do join if you can!